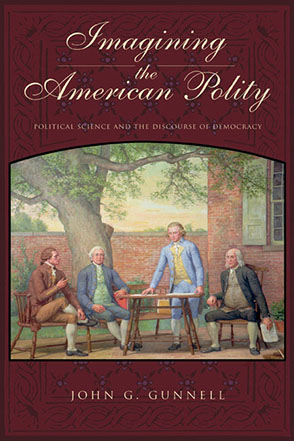 Using the distinctive “internalist” approach he has developed for writing intellectual history, Gunnell traces the dynamics of conceptual change and continuity as American political science evolved from a focus in the nineteenth century on the idea of the state, through the emergence of a pluralist theory of democracy in the 1920s and its transfiguration into liberalism in the mid-1930s, up to the rearticulation of pluralist theory in the 1950s and its resurgence, yet again, in the 1990s.

Along the way he explores how political scientists have grappled with a fundamental question about popular sovereignty: Does democracy require a people and a national democratic community, or can the requisites of democracy be achieved through fortuitous social configurations coupled with the design of certain institutional mechanisms?

John G. Gunnell is Distinguished Professor of Political Science at SUNY–Albany and the author of six other books, including The Descent of Political Theory: The Genealogy of an American Vocation (1993).

2. The State of Democracy

3. The Discovery of American Pluralism

4. The Theory of Democratic Pluralism

5. From Pluralism to Liberalism