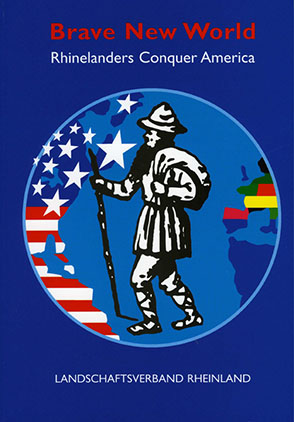 Herbergs’s journal was virtually unknown to historians until its appearance at an auction in 1997. The Rhine Open-Air Museum, which was already in the process of assembling an exhibition entitled Rhinelanders Conquer America, purchased the journal; scholars immediately recognized its importance. Not only does Herbergs document the two men’s journey across the Atlantic, but he also offers many previously unknown details about the earliest German expedition to America, undertaken in 1683 by thirteen families from Krefeld.

The centerpiece of Brave New World is Herbergs’s meticulous and fascinating narrative of the men’s experiences as they traveled from Germany through western Europe—“We had been told so often,” he wrote, “that one had to be very careful in London”—and finally to Bucks County, Pennsylvania. Herbergs supplements his record of daily events with detailed lists of provisions and expenses, and Pesch provides valuable historical context by including several maps and nearly fifty paintings and engravings from the period.

Johannes Herbergs’s journal is a key document in understanding the history not only of the Rhineland but also of the embryonic United States. Now, for the first time, it is available to American historians.

Dieter Pesch is Director of the Rhine Open-Air Museum.