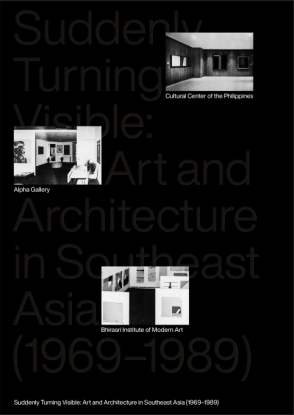 Shabbir Hussain Mustafa is Senior Curator at the National Gallery Singapore, where he oversees Between Declarations and Dreams, a long-term exhibition that surveys art about Southeast Asia from the 19th century to the present day. From 2013 to 2015, he was lead curator of Siapa Nama Kamu? (What is Your Name?), the Gallery’s other long-term exhibition that focuses on art in Singapore from the late 19th century onwards. Prior to joining the National Gallery, he was curator (South-Southeast Asia) at the National University of Singapore Museum (NUS Museum), where his approach centred on deploying archival texts as ploys in engaging different modes of thinking and writing. It was at the NUS Museum that he initiated the critically acclaimed accumulative projects Camping and Tramping through The Colonial Archive: The Museum in Malaya (2011–2013), The Sufi and The Bearded Man: Re-membering a Keramat in Contemporary Singapore (2010–2012), and co-conceived the experimental space prep room | things that may or may not happen (2012–ongoing). In 2013, he curated In Search of Raffles’ Light | An Art Project with Charles Lim, a three-year collaboration with the artist that tracked the immaterial, mundane and irreconcilable traces surrounding Singapore’s fractured relationship with the sea. He curated SEA STATE with Lim for the Singapore Pavilion at the 56th Venice Biennale. Mustafa writes often, at times about the methodological considerations for the rethinking of curatorial practice in Singapore, and is a member of the International Association of Art Critics, Singapore Section.

Seng Yu Jin is Senior Curator at the National Gallery Singapore. He recently completed a PhD at the University of Melbourne, on the history of exhibitions in Southeast Asia. He was previously a Lecturer at LASALLE College of the Arts in the MA Asian Art Histories and BA Fine Arts programmes. Seng’s research interests cover regional art histories focusing the history of exhibitions and artist collectives in Southeast Asia. His curated exhibitions include From Words to Pictures: Art During the Emergency (2007), Cheong Soo Pieng: Bridging Worlds (2010), and co-curated the FX Harsono: Testimonies (2010), Singapore Biennale, If the World Changed (2013), Iskandar Jalil: Kembara Tanah Liat (Clay Travels) (2016) and Awakenings: Art in Society in Asia, 1960s to 1990s (2019). He recently co-edited Histories, Practices, Interventions: A Reader in Singapore Contemporary Art and co-authored Singapore Chronicles: Art with Shabbir Hussain Mustafa. He publishes in journals and art magazines such as Art Critique Taiwan and ArtReview. 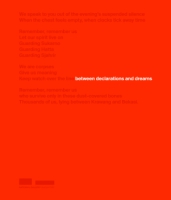 Between Declarations and Dreams (Catalogue)

Art of Southeast Asia since the 19th Century

A Fact Has No Appearance 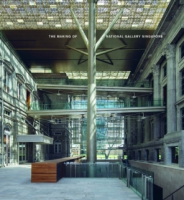 The Making of National Gallery Singapore