Books on America’s earliest days as a nation “A thoroughly astonishing record of a woman’s life, work, and thought in the age of the American Revolution. It will be prized by scholars and readers alike for a long time to come.” —Katherine Carté Engel, author of Religion and Profit: Moravians in Early America “A significant contribution not just to our understanding of revolutionary-era America but also to our understanding of global history itself. Esther Reed is a fascinating protagonist, and her transatlantic life—and especially her intercontinental courtship with her eventual husband, Joseph Reed—sheds light on the complex ties that connected the North American colonies to England and the wider world.”—Tonio Andrade, author of The Gunpowder Age: China, Military Innovation, and the Rise of the West in World History “Hoffmann presents, with wonderful insight, a portrait of a young American nation by three French writers. The particular oddity of their perspective, hence the delightful originality of this work, is that what they depict in their various ways is a society and polity that they know to be no longer valid—for which Hoffmann coins the term of ‘posthumous’ narrative, sometimes tainted with nostalgia or outright fiction, in an already-archaic American landscape.”—Philip Stewart, author of Engraven Desire: Eros, Image, and Text in the French Eighteenth Century New in paperback:
Citizens in a Strange Land

“Wellenreuther provides new insights into the social, political, and religious history of the largest non-Anglophone minority in colonial, revolutionary, and young republican America. As a bonus to its scholarly value, the book is also an enjoyable read.”—Journal of Moravian History

Excerpt from The Letters of Mary Penry The Letters of Mary Penry: A Single Moravian Woman in Early America, edited by Scott Paul Gordon, introduces readers to the intimate world of a Moravian single sister living at the time of the American Revolution and Early Republic.

I wrote you in the spring shortly after the receipt of your affectionate lines but am afraid that letter miscarried, it looked rather gloomy, the sea was infested with so many ships of war, continually making depredations on each other’s property—that I had no heart to send any letters after that wrote in the spring. Now things seem rather more promising for ships to England, and having seen in the newspaper that a vessel will sail for London the next week, I determined. . . (read the rest of the excerpt on Tumblr) Each month we’re highlighting a book available through PSU Press Unlocked, an open-access initiative featuring scholarly digital books and journals in the humanities and social sciences. This month’s pick: Some Pennsylvania Women During the War of the Revolution, part of our Metalmark series. : “Understanding ISIS’s Destruction of Antiquities as a Rejection of Nationalism,” by Christopher W. Jones. 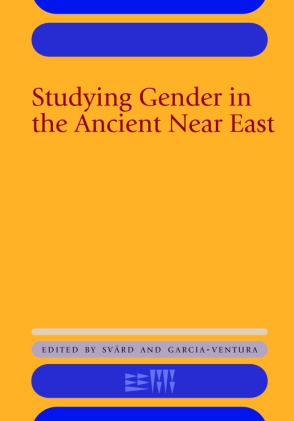 Studying Gender in the Ancient Near East

The contributors to this collection include both established and up-and-coming scholars whose work brings gender studies theories—from Butler’s theory of gender as a performance to more recent theories that consider gender as a spectrum—to bear on varied materials and contexts. Their essays increase the visibility of women in ancient history, untangle constructions of masculinity and femininity in diverse contexts, and grapple with. . . (more) 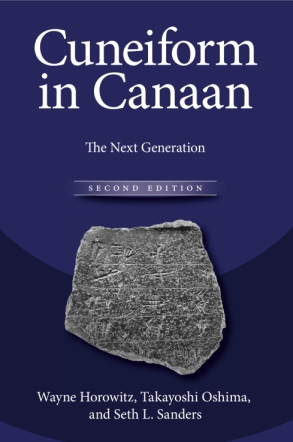 One of the earliest surviving manifestations of the cultural heritage of the Land of Israel in ancient times is the use of the cuneiform script from the Middle Bronze Age to the Iron Age. . . The update volume presents all ninety-seven of the known texts, including new tablets and fragments from Hazor, Megiddo, and now, for the first time, Jerusalem. The volume provides critical editions, up-to-date bibliographies, and discussion of the sources, as well as. . . (more)