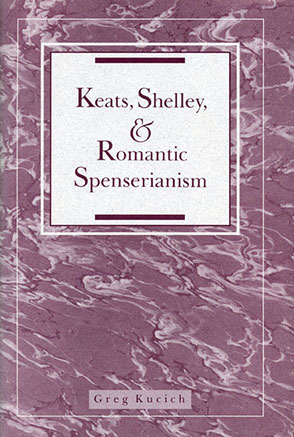 Edmund Spenser's tremendous popularity among the Romantics has always been recognized, but his role in their poetics has never been extensively explored because of a widely shared scholarly assumption about the intellectual superficiality of their response to him. Many of the Romantics honored Spenser as their favorite poet, the muse that inspired their own creative ambitions, but their love of him has often been discounted as a fatuous worship of the beauty of his work in total disregard of his thought. Kucich shows how this stereotype has been based on several notorious statements about Spenser that do not fully reflect the range and complexity of the Romantics' response to him. To measure this response accurately, Kucich has uncovered a wealth of commentary on Spenser in the eighteenth and nineteenth centuries. He reveals how Spenserianism became a cultural tradition in the eighteenth century that eventually developed into and helped sustain a habit of mind that is central to Romantic poetics—the open-ended interior debate that many leading Romantic scholars are now discussing as the principal conditioning force in Romantic poetics.

Greg Kucich is Associate Professor of English at the University of Notre Dame.