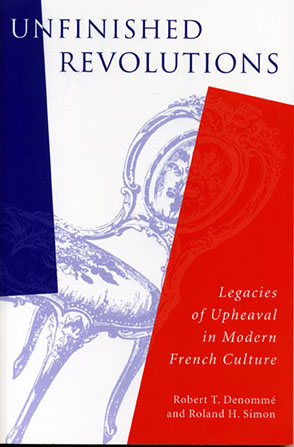 These essays illustrate the theme of "unfinished revolution" in modern France from a variety of historical perspectives, all showing how the Revolution continues to influence that country to the present day. Contributors from history, sociology, literature, politics, and the history of science discuss both how the Revolution was interpreted during the nineteenth and early twentieth centuries and how it is being completed in the postmodern age.

Scholars, including Henri Mitterand and Henri Mendras, here focus on specific examples of the ongoing conflicts between proponents and opponents of revolution. The articles consider a broad spectrum of topics ranging from the novels of Hugo and Zola and writings of the French Romantics to the symbolic function of the Panthéon, the relevance of the Revolution to the 1889 Universal Exposition, and the continuing progress of democratization in France.

Unfinished Revolutions shows that any viable definition of French culture rests on an ongoing examination of values inherited from institutions that have shaped the French character both before and after the Revolution. By offering penetrating glimpses into facets of the unfinished nature of revolutions, it invites readers to rethink basic questions concerning history and its reappropriation.

Roland H. Simon is Associate Professor of French, both at the University of Virginia.