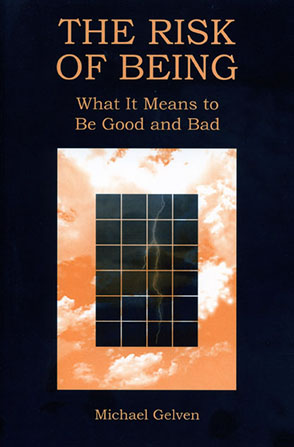 Recognizing that we have done wrong may induce frustrated responses, such as, "How could I have been so stupid?" or "Why was I so weak? " or even, "What has become of me? " These reactions, Gelven argues, point to folly, weakness, and corruption as ways of being bad, which can then be countered in phenomena such as judgment, courage, and integrity of character, as ways of being good. The analyses of these phenomena can reveal a great deal of existential understanding that no mere ethical or moral approach can offer. The emphasis is on understanding that "good" and "bad" are not mere axiological terms, but can refer to ways of existing.

By careful analysis, these ways can be forced to reveal the truth about goodness and badness. As Gelven's argument proceeds to show not only what it is "like" to be good and bad, but also what the reality of being good and bad must be, he offers new and often unorthodox insights into one of the great philosophical issues challenging the thinking mind.

Michael Gelven is Presidential Research Professor of Philosophy at Northern Illinois University. He has published many books, two of them with Penn State Press, including Truth and Existence (1991) and War and Existence (1994).