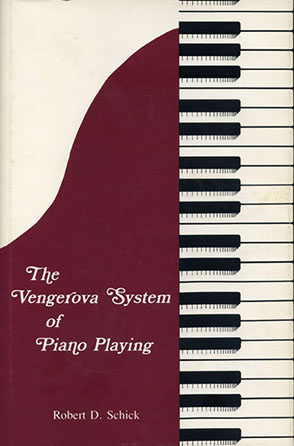 The book is illustrated with photographs and excerpts from musical scores. An appendix includes an article by the Soviet musicologist Vitaly Neumann on Isabelle Vengerova's teaching at the St. Petersburg Conservatory from 1906 until the Revolution, following a concert career. It also includes an obituary by Jay S. Harrison outlining her teaching accomplishments at the Curtis Institute and the Mannes College of Music between 1924 and her death in 1956.

Robert D. Schick (1929–1997) was a concert pianist, critic, and professor of piano at West Chester University. He earned his doctorate in piano performance and pedagogy at the Eastman School of Music.