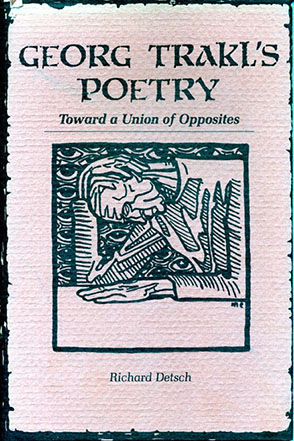 Trakl (1887–1914) is presented as a poet whose lyric voice sounded a cry of hope in its deepest despair. As Dr. Detsch's generous quotations from the poet's work (in the original German) make clear, Georg Trakl sought poetic expression for a union of opposites.

Richard Detsch did the basic research for this book at the Brenner Archives of the University of Innsbruch. Since earning his PhD at the University of Colorado, he has taught at Kearney State College, Nebraska, and has written extensively on German literature since Goethe.