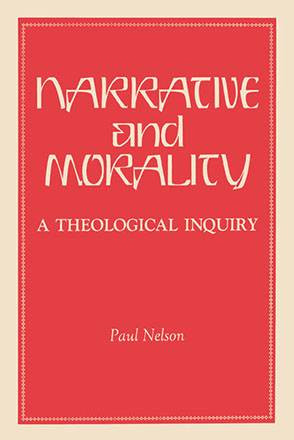 Recent philosophical writings on the relation of narrative to the moral concepts of social groups and individuals—including Alasdair MacIntyre's proposal for the rehabilitation of an ethic of virtue shaped by narrative—are explored. Issues discussed include the freedom of moral agents in relation to their narratives, the relation between narrative and universal moral rules, and the problem of relativism. Next, Nelson classifies theological uses of narrative as belonging to either a liberal-universalistic or postliberal-particularistic tradition and considers the implications of construing scripture as narrative for the problematic relation between scripture and ethics. The work of Stanley Hauerwas, the foremost narrativist in Christian ethics, is analyzed at length. Nelson argues that while narrative is a necessary focus, it does not exhaust the methodological agenda. Narrative is not, as its advocates sometimes suggest, a universal solvent for every theological problem and disagreement. An adequate Christian ethics must not lose sight of the universal, narrative-independent features of morality. Since the realm of the moral is an interweaving of narrative-dependent and narrative-independent features, Christian ethics stands to profit from both narrativist (coherentist) and rationalist (foundationalist) insights.

The role of narrative is demonstrably a major topic of conversation across several fields in religious studies today. Particularly designed for scholars in ethics, theology, and the philosophy of religion, the book is a reliable guide to an expanding literature and a judicious introduction to these interdisciplinary discussions.

Paul Nelson is a professor of religion at Wittenberg University, Springfield, Ohio.