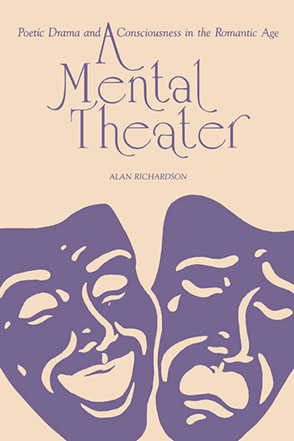 Richardson calls this genre (after Byron) "mental theater," both because its works are concerned with portraying the development of self-consciousness and because it fuses the subjectivity of lyric with the interaction of dramatic poetry. Moreover, these works are addressed directly to the mind of the reader, bypassing the medium of stage representation. This study places Romantic self-consciousness in a fundamentally new light. Far from uncritically pursuing an egoistic stance, the Romantics criticize through their poetic drama the attempt to attain psychic autonomy. The protagonists of Romantic drama are seduced by their antagonists into entering such a condition only to find in it a hollow, deathly isolation. They find in self-consciousness not their promised liberation, but a tormented fate modeled after that of their betrayers. Wordsworth, Byron, and Shelley delineate the limitations of "Romantic" self-consciousness in their works of mental theater; Shelley alone envisions their transcendence through his radical transformation of consciousness in the conclusion to Prometheus Unbound.

This interpretation of mental theater will lead to a new evaluation of the Romantics as dramatic poets. It brings back to critical attention neglected but challenging works such as Byron's Heaven and Earth and Beddoes's Death's Jest-Book, and provides vital new perspectives on undervalued texts like Wordsworth's The Borderers and Byron's Manfred and Cain. It qualifies decades of critical speculation on "Romantic individualism" and "Romantic consciousness," and helps return the ideal of imaginative sympathy to the central position held in the critical writings of the Romantics themselves. Finally, in emphasizing the dramatic quality of mental theater, it challenges the still-prevalent view that Romantic poetry in inherently lyrical in character. Scholars concerned with English Romantic drama, Romantic literature, and the Romantic period as well as English drama will find this work to be an important contribution to their understanding.