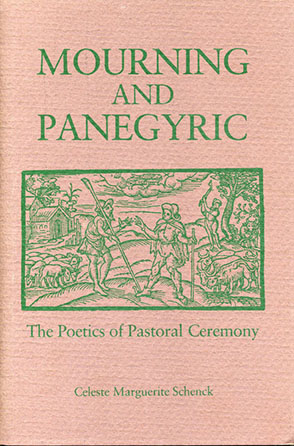 All poems are genuinely epitaphic in their attempt to record verbally and lastingly the death and implied rebirth of the poet as poet each time he lifts his pen to begin a new poem. The specific forms explored in this book, elegy and epithalamium, serve precisely as model initiatory scenarios. Elegies tend to gesture toward the past, pronouncing an epitaph upon poetic apprenticeship and recovery voice by means of symbolic burial of a forebear. Marriage poems, alternatively, are future-directed, celebrating (as do elegies) passage from virgin to mature state. Both forms aim at circumventing mortality, by apotheosis and deification in the case of the elegy, and by the projection forth of "issue" at the end of the marriage poem. Investigation of the symbolic reciprocity of these seemingly distinct forms yields a surprising range of variant forms, extends provocatively Claudio Guillen's theory of genre and counter-genre, and initiates a poetics of pastoral ceremony that has implications for the general study of lyric modes.

Celeste Schenck teaches Renaissance literature, critical theory, and women's poetry at Barnard College. She is cofounder of "Women's Poets at Bernard," a series of readings and publications featuring the work of new women poets, general coeditor of "Reading Women Writing," a series in feminist criticism published by Cornell University Press, and coeditor of Life/Lines: Theorizing Women's Autobiography (1988). She is presently writing a book on women poets and the politics of genre.