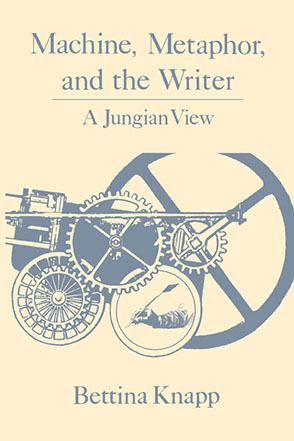 The authors explored here were deeply affected by the changes occurring in their lives and times and reacted to these ideationally and feelingly. In some of their writings, images, characters, and plots were used to create monstrous and robotlike individuals unable to accept the world around them and hence seeking to destroy it. Others of these writers attempted to understand and integrate the environmental, human, and mechanical alterations taking place about them, and to transform these into positive attributes. The realization of the increasing domination of the machine, we see, catalyzed and mobilized each author into action. Each in his own way spoke his mind, revealing the corrosive and beneficial factors in his world as he saw them.

Bettina Knapp is Professor of French and Comparative Literatures at Hunter College and the Graduate Center, City University of New York. Her recent works include Women in Twentieth Century Literature; Music, Archetype, and the Writer; and A Jungian Approach to Literature. She is on the editorial board of numerous literary journals, including Quadrant and Nineteenth-Century French Studies, and has written extensively on the theater.