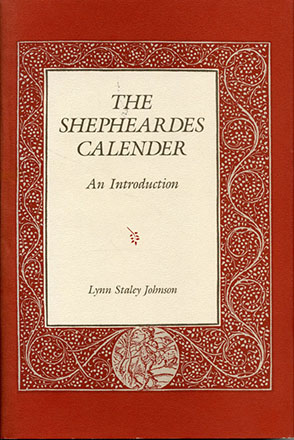 By its active engagement with both the present and the past, the Calender suggests Spenser's conception of poetry as informed dialogue designed for social work, offering a reinterpretation of the relationship between the poet and his community. Choosing not to be circumscribed by the voices of his significant historical and literary past, the Calender proclaims the poet, not as transmitter or mediator, but as an active and shaping force, capable of remaking the present by offering his age a picture of a new and potentially more glorious reality.

Johnson seeks to bridge the gap between the literature of the Middle Ages and the Renaissance by linking Spenser's strategies and themes to those of his medieval forebears, especially Chaucer. Both Edmund Spenser and his enigmatic Calender stand facing two ways, back into the age dubbed "middle" and forward, hailing the new; as it's study demonstrates, only by bringing these views into a single focus can we begin to appreciate the radical and innovative nature of a poem that for many heralds the renaissance of English poetry.

Lynn Staley Johnson is Professor of English, Colgate University, and author of The Voice of the Gawain-Poet (1984).