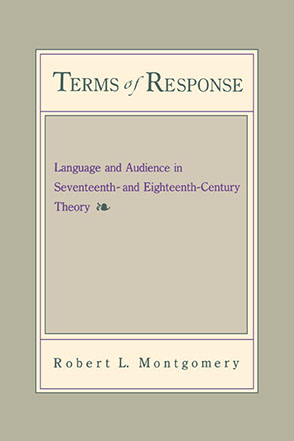 In a preliterate society, the oral presentation of this archetypal lore required a special language capable of re-creating the ritualized behavior of the epic characters and maintaining the ceremonial tone of the performance. Focusing on the Poema de Mio Cid, Montgomery examines the ways in which the poetic language worked to evoke a feeling of group unity that absorbed the audience and still works its spell upon today’s readers.

Thomas Montgomery is Professor of Spanish at Tulane University. He is the co-editor of Simply a Man of Letters (1980) and El Nuevo Testamento según el Ms. Escurialense I.I.6 (1970).