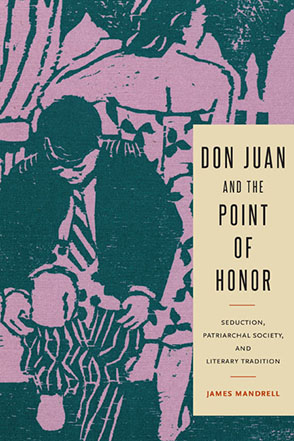 After a discussion of the ways that Don Juan’s seductive powers infiltrate and influence the interpretations of texts of which he is a part, Mandrell continues with close readings of key Spanish literary works ranging from the seventeenth to the twentieth centuries. All of these works involve interrelated issues as regards Don Juan: the worldly uses and abuses of language; the power of literature to engender and embody other literary texts; seduction and its psychological and social subtexts; and society in relation to Don Juan as well as Don Juan’s role in society. Ultimately, these notions are tied into the concept of honor as it works in literature and society. Mandrell concludes with a study of modern adaptations of Don Juan and his story in various theories of culture, society, and economic organizations.

What emerges is a view of Don Juan as a positive social force in patriarchal society and culture—as well as a force operative at the level of desire as it is made manifest in language. Mandrell shows that Don Juan should not be treated as an innocent or outmoded cultural artifact. Instead, he is a character whose story and vicissitudes are still significant in the context of our twenty-first-century world.

James Mandrell is Assistant Professor of Spanish and Comparative Literature at Brandeis University.