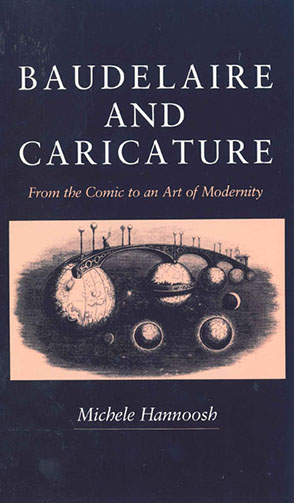 In particular, Baudelaire's insistence on the dualism and ambiguity of laughter has radical implications for such emblems of modernity as the city and the flâneur who roams the streets. The modern city is the space of the comic, a kind of caricature, presenting the flâneur with an image of dualism, one's position as subject and object, implicated in the same urban experiences one seems to control. The theory of the comic invests the idea of modernity with reciprocity, one's status as laughter and object of laughter, thus preventing the subjective construction and appropriation of the world that has so often been linked with the project of modernism. Comic art reflects what Walter Benjamin later defined as Baudelairean allegory, at once representing and revealing the alienation of modern experience. But Baudelaire also transforms the dualism of the comic into a peculiarly modern unity— the doubling of the comic artist enacted for the benefit of the audience, the self-generating and self-reflexive experience of the flâneur in a "communion" with the crowd. This study examines his views in the context of the history of comic theory and contemporary accounts of the individual artists. Complete with illustrations of the many works discussed, it illuminates the history and theory of caricature, the comic, and the grotesque, and adds to our understanding of modernism in literature and the visual arts.

Michele Hannoosh is Associate Professor of French and Comparative Literature at the University of California, Davis. She has been a Fellow of the Society of Fellows in the Humanities, Columbia University, and the Institute for Advanced Study, Princeton. She is the author of Parody and Decadence: Laforgue's "Moralites legendaires" (Ohio State, 1989).