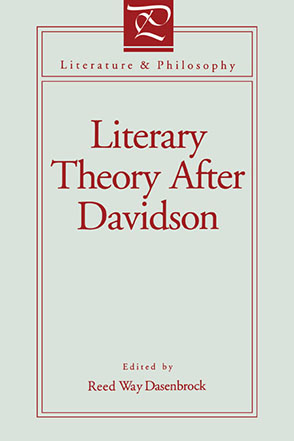 Reed Way Dasenbrock is Professor of English at New Mexico State University and Jerome S. Cardin Visiting Professor of the Humanities at Loyola College in Maryland for 1992–93. He is the author of Imitating the Italians: Wyatt, Spenser, Synge, Pound, Joyce (1991) and editor of Redrawing the Lines: Analytic Philosophy, Deconstruction, and Literary Theory (1989).