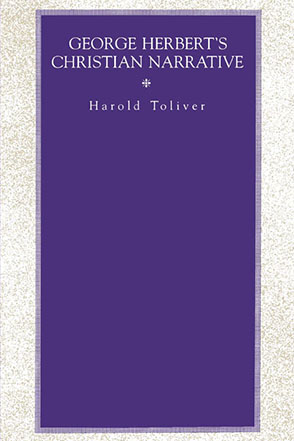 Harold Toliver explores the implications for Herbert's lyrics of the Christian narrative—the secular labyrinth and the parables' guiding rope, the conflicts between heart and mind, the agonies of postponement, intervals and abstract totality, the visible church and its calendar, the concept of an ending, and Herbert's adaptation of the sonnet form. To establish Herbert's place among other seventeenth-century writers who make use of the Christian narrative, Toliver provides close readings of several poems and new configurations that reveal the pressure of the narrative whole on lyric moments as well as the bearing of the times on them. Herbert had difficulty salvaging any interest in a university or a secular career once he turned to sacred poetry. He also subordinated all phases of the Bible as a cultural history to the single pattern imposed by the Pauline reduction of the Bible to a single story. As part of Toliver's assessment of Herbert's intellectual landscape and active engagement in alternatives, the treatment polarizes that Pauline method and the Hebrew Bible's anecdotal, political, and social detail.

Harold Toliver is Professor of English at the University of California, Irvine, and author of several books, including Transported Styles in Shakespeare and Milton (Penn State, 1989) and Lyric Provinces (1985).