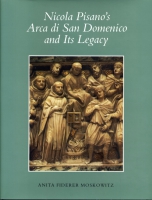 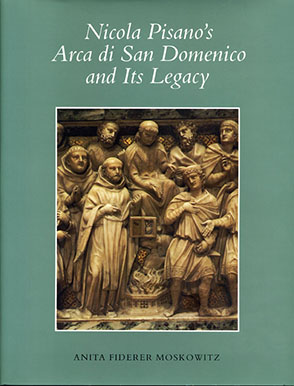 Anita Moskowitz's discussions of the two major descendants of the Arca di San Domenico—the Arca di San Pietro Martire in Milan by Giovanni di Balduccio and the Arca di Sant' Agostino in Pavia by a follower of Balduccio—as well as the large number of monuments peripherally related to it, show the profound impact of the Bolognese monument on the subsequent history of tomb sculpture.

Moskowitz begins with a brief discussion of the history and concerns of the Dominican Order, particularly during the decades spanning the death of Dominic and the initiation of the Arca project. After describing the form and structure of the original tomb and elucidating the subjects for the reliefs, she investigates the historical context of the tomb's construction, revealing that the unusual components of the tomb can be related to contemporary Dominican concerns and that several themes are linked to specific controversies of the 1250s and 1260s, both in and outside Bologna. Her examination of the concrete manifestations of the tomb's generative power serves to underline further the inventiveness of the design, the purposefulness of the iconography, and the importance of the influence of Nicola Pisano's Arca di San Domenico.

Anita Fiderer Moskowitz is Professor of Art at the State University of New York, Stony Brook, and author of Italian Gothic Sculpture (forthcoming) and The Sculpture of Andrea and Nino Pisano (1986).