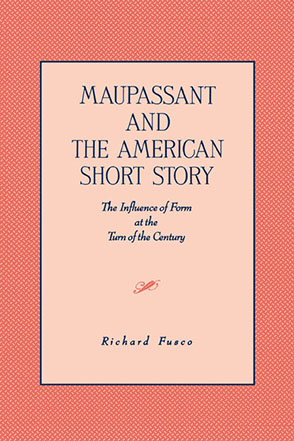 An important moment in the history of the short story occurred with the American misreading of Maupassant's use of story structure. At the turn of the century, writers such as Bierce and O. Henry seized upon the surprise-inversion form because Maupassant's translators promoted him as championing it. Only a few writers, such as James and Chopin, both of whom read Maupassant in French, appreciated his deft handling of form more fully. Their vision and the impact of Maupassant upon their fiction was largely ignored by later generations of writers who preferred to associate Maupassant and O. Henry with the "trick ending" story. This book details the origins and consequences of this misperception.

The book further contributes to the study of the short-story genre. Through an adaptation of Aristotelian concepts, Richard Fusco proposes an original approach to short-story structure, defining and developing seven categories of textual formulas: linear, ironic coda, surprise-inversion, loop, descending helical, contrast, and sinusoidal. As a practitioner of all these forms, Maupassant established his mastery of the genre. By studying his use of form, the book asserts a major reason for his pivotal importance in the historical development of the short story.