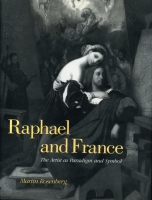 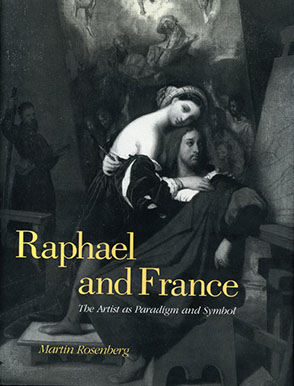 “This book is well written, thorough in its scholarship, and subtle in its interpretations.”—Donald Kuspit, SUNY, Stony Brook

From ancient Greece to Renaissance Italy to the Modern period, the classical ideal, with its elusive goal of perfecting nature, has held a tenacious grip on Western culture. Nowhere has its hold on the artistic imagination been more pervasive than in France between the seventeenth and nineteenth centuries. The art and life of Raphael formed the bedrock of the classical tradition in French art, yet no comprehensive study of Raphael's impact on the art theory, criticism, and practice of classicism exists. This book fills that gap. Transcending limited notions of artistic influence, the book demonstrates that Raphael had as much impact as a symbol as he did as a paradigm of the classical tradition.

Focusing on French art and theory from the classical to the Romantic era, Raphael and France is part of the ongoing revision of views of that period which has been taking place for the last twenty years. The book demonstrates that the shifts from classical to Rococo to neoclassical aesthetics were not as abrupt or as all-encompassing as has been assumed. By tracing the continuity and transformation of the classical ideal, with Raphael's art and image as central paradigms, Rosenberg achieves a broader, more accurate, and comprehensive view of French artistic developments during this period.

Rosenberg draws on careful readings of primary sources, including the correspondence and lectures of the French Academy, some of which are unpublished; most of the major theoretical treatises by French and foreign authors; and contemporary criticism and works of art. In the process, he strikes a methodological balance between traditional art-historical approaches and insights provided by more contemporary approaches, such as semiotics and post-structuralism. As the notion of isolated genius as the prime force in art has given way to a broader, more contextual view of art and history, interest in past traditions once regarded as outmoded or dead has grown tremendously. This book makes a timely contribution to this widening area of inquiry.

“This book is well written, thorough in its scholarship, and subtle in its interpretations.”—Donald Kuspit, SUNY, Stony Brook

Martin Rosenberg is Associate Professor of Art History at the University of Nebraska, Omaha.