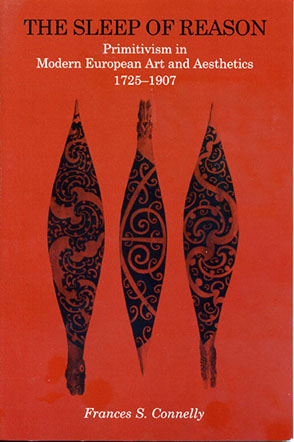 “The Sleep of Reason is an earnest, thoughtful, and original approach to the currently much-discussed issue of ‘primitivism’ as cultural and aesthetic concept.”—Nina Athanassoglou-Kallmyer, University of Delaware

Art historians have in the past narrowly defined primitivism, limiting their inquiry to examples of direct stylistic borrowing from African, Oceanic, or Native American imagery. The drawbacks of such an approach have become increasingly apparent, the most problematic being its perpetuation of the notion that certain traditions are indeed "primitive." Frances Connelly argues that "primitive" art was not a style at all, but a cultural construction by modern Europeans, a cluster of concepts principally forged during the Enlightenment concerning the nature of the origins of artistic expression. She contends that, instead of the paintings of Gauguin, the publication of Vico's New Science in 1725 lies much closer to the origins of primitivism because it first articulated the essential framework of ideas through which Europeans would understand "primitive" expression.

Based upon a close reading of eighteenth- and nineteenth-century sources, including voyage accounts, ethnographies, aesthetic theories, and popular journals, The Sleep of Reason establishes that the term "primitive" art did not refer so much to actual stylistic traditions but to a collection of visual attributes that Europeans construed to be universal characteristics of "primitive" expression, specifically the hieroglyph, the grotesque, and the ornamental. Connelly provides case studies of artists and aestheticians who advocated, attempted, or realized the assimilation of these "primitive" characteristics, including some artists never before associated with primitivism as well as significant re-evaluations of Gauguin and Picasso.

“The Sleep of Reason is an earnest, thoughtful, and original approach to the currently much-discussed issue of ‘primitivism’ as cultural and aesthetic concept.”—Nina Athanassoglou-Kallmyer, University of Delaware

Frances S. Connelly is Associate Professor of Art History at the University of Missouri-Kansas City.