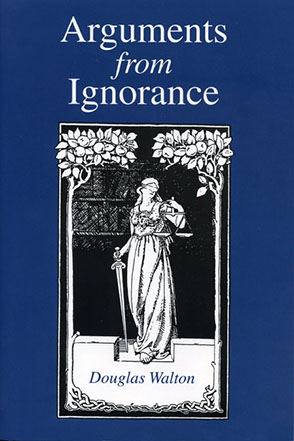 This book makes an original contribution in the areas of argumentation theory and informal logic, contending that, despite its traditional classification as a fallacy, the argument from ignorance is a genuine, very common, and legitimate type of argumentation with an identifiable structure. But the book is also interdisciplinary in scope, explaining many widely interesting and controversial subjects in artificial intelligence, medical education, philosophy of science, and philosophy of law in a clear way that makes it accessible to a broad range of readers.

Douglas Walton is Professor of Philosophy at the University of Winnipeg. He is the author of many books, including The Place of Emotion in Argument (Penn State, 1992), Plausible Argument in Everyday Conversation (1992), and Slippery Slope Arguments (1992).