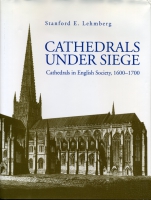 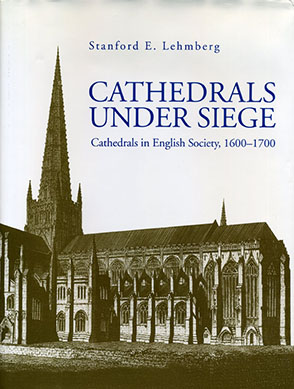 “We must thank Professor Lehmberg for a fine, reliable volume which surely adds both depth and color to our knowledge of this key period in English ecclesiastical history and cultural life.”Anglican Theological Review

The problems faced by cathedrals in seventeenth-century English society were if anything greater than those encountered as a result of the Reformation a hundred years earlier. Almost all English cathedrals suffered substantial damage as a result of the Civil War. Anglican worship was suspended, cathedral ministers and musicians dismissed, and cathedral endowments confiscated between 1645 and 1660. Great efforts were required to restore the cathedrals following the return to the monarchy and established church in 1660.

In Cathedrals Under Siege, Stanford E. Lehmberg brings together political, social, intellectual, and artistic history into a comprehensive, rounded account of an important institution in English history. In the same vein as Lehmberg's highly praised The Reformation of Cathedrals: Cathedrals in English Society, 1485–1603, this volume approaches English cathedrals as organic institutions with changing functions within their communities. Lehmberg includes a narrative history of the cathedrals, a collective biographical analysis of the cathedral clergy and their numerous writings, and a discussion of cathedral music and finance. The book is amply illustrated with photographs and engravings, including many of tombs and monuments.

Lehmberg's account is also important for today's visitors to England's cathedrals because it describes a crucial period when the cathedrals took on the appearances and functions that have persisted until the present day.

“We must thank Professor Lehmberg for a fine, reliable volume which surely adds both depth and color to our knowledge of this key period in English ecclesiastical history and cultural life.”Anglican Theological Review

“A very solid achievement of excellent scholarship—massive, extensive, even relentless. . . . [Lehmberg] has searched out archival evidence all over the realm and bases his conclusions on a thorough, personal, inspection of the cathedrals of England. . . . The story is beautifully told and proves fascinating.”—Sir Geoffrey Elton,

Stanford E. Lehmberg is Professor of History at the University of Minnesota. In addition to The Reformation of Cathedrals (1988), his other books include The Peoples of the British Isles from Prehistoric Times to 1688: A New History (1992), The Later Parliaments of Henry VIII, 1536–1547 (1977), and The Reformation of Parliament (1970).