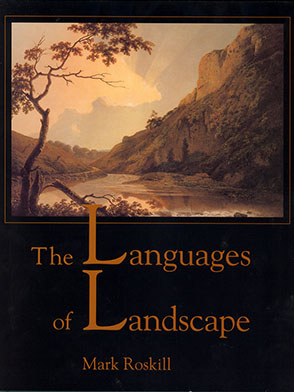 The discussion covers artists not usually associated with landscape, such as Goya and Gericault, as well as major figures such as Bruegel and Dürer. Roskill ranges over topics of current interest such as the gendering of art; art in the service of colonialism; popularized uses of landscape; and the imagery of war-scarred countryside. He addresses issues of intertextuality; audience awareness; response to social and industrial developments; the tropologies of rhetoric as they apply to visual imagery; and the problematic status of landscape art in this century.

Thematically organized within a loosely chronological framework, The Languages of Landscape combines detailed analysis of specific examples with supporting material, related texts of the time, and a larger theoretical exposition. At the same time it serves as a reference work on basic topics such as the rise of independent landscape and the picturesque and the sublime. Eighty illustrations, including twelve in color, accompany the text, and an appended glossary of technical and linguistic terms is provided.

Mark Roskill is Professor of the History of Modern Art at the University of Massachusetts at Amherst. He is the author of, most recently, Klee, Kandinsky, and the Thought of Their Time: A Critical Perspective (1992), The Interpretation of Pictures (1989), and What Is Art History? (1976; rev. ed. 1989).