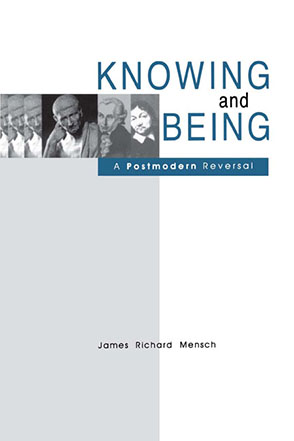 Everyone knows that "postmodernism" implies pluralism, anti-foundationalism, and, generally,a postnormative view of the self and reality. While many embrace it, few bother to tell us what is wrong with modernity. What are the problems that brought about its crisis and ultimate demise as a philosophical and cultural movement? What are the lessons for the postmodern movement that can he drawn from them?

James Mensch here explains why modernism failed as a viable philosophical enterprise and how postmodernism must be understood if it is to serve as a defensible intellectual project in its stead. The heart of Mensch's argument is a reversal of the modernist view of the unitary subject as a ground of epistemological and ethical normativity. He substitutes for modernism a view, beholden to Aristotle but adapted to for our present age, that sees subjectivity as temporality in a world where subject and object are interactive. The result is a pluralism of forms of subjectivity corresponding to the different modes of temporality brought about by the world. In a series of analyses on the nature knowing, Mensch shows how we can embrace both the perspectivism of postmodernism while avoiding the skepticism and relativism that have constantly threatened to undermine its insights.

James Richard Mensch is Professor of Philosophy at Saint Francis Xavier University, Antigonish, Nova Scotia. He is the author of The Beginning of the Gospel of St. John: Philosophical Perspectives (1992), and, most recently, After Modernity: Husserlian Reflections on a Philosophical Tradition (1996).