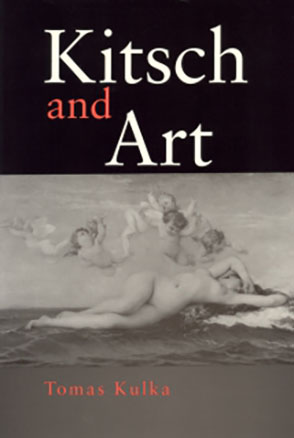 Tomas Kulka examines kitsch in the visual arts, literature, music, and architecture. To distinguish kitsch from art, Kulka proposes that kitsch depicts instantly identifiable, emotionally charged objects or themes, but that it does not substantially enrich our associations relating to the depicted objects or themes. He then addresses the deceptive nature of kitsch by examining the makeup of its artistic and aesthetic worthlessness. Ultimately Kulka argues that the mass appeal of kitsch cannot be regarded as aesthetic appeal, but that its analysis can illuminate the nature of art appreciation.

Tomas Kulka teaches philosophy and aesthetics at Tel Aviv University and at the Charles University of Prague.