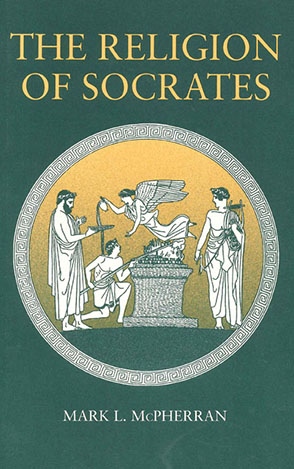 “This well-produced book is the fullest and in some ways the best discussion of its topic available.”International Studies in Philosophy

This study argues that to understand Socrates we must uncover and analyze his religious views, since his philosophical and religious views are part of one seamless whole. Mark McPherran provides a close analysis of the relevant Socratic texts, an analysis that yields a comprehensive and original account of Socrates' commitments to religion (e.g., the nature of the gods, the immortality of the soul).

McPherran finds that Socrates was not only a rational philosopher of the first rank, but a figure with a profoundly religious nature as well, believing in the existence of gods vastly superior to ourselves in power and wisdom and sharing other traditional religious commitments with his contemporaries. However, Socrates was just as much a sensitive critic and rational reformer of both the religious tradition he inherited and the new cultic incursions he encountered. McPherran contends that Socrates saw his religious commitments as integral to his philosophical mission of moral examination and, in turn, used the rationally derived convictions underlying that mission to reshape the religious conventions of his time. As a result, Socrates made important contributions to the rational reformation of Greek religion, contributions that incited and informed the theology of his brilliant pupil, Plato.

“This well-produced book is the fullest and in some ways the best discussion of its topic available.”International Studies in Philosophy

“This book is by far the most comprehensive and searching study of Socrates's religious commitments and their impact on his philosophy. McPherran painstakingly sorts through the testimonies of the relevant ancient sources and provides important and often controversial new interpretations of them.”—Nicholas D. Smith, Michigan State University

“McPherran's book is the best full-length study of Socratic religion currently available in English. It is well written and well argued. It should be read by any serious student of Socratic philosophy or the religion of fifth-century Athens.”—Hugh H. Benson, University of Oklahoma

Mark L. McPherran is Professor of Philosophy at the University of Maine at Farmington.