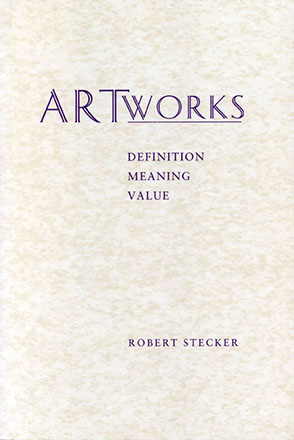 “His book makes a valuable contribution to the ongoing debates and one can only admire Stecker’s mastery of so many subtle points and arguments.”—Stein Haugom Olsen, Philosophical Review

What is art? What is it to understand a work of art? What is the value of art? Robert Stecker seeks to answer these central questions of aesthetics by placing them within the context of an ongoing debate criticizing, but also explaining what can be learned from, alternative views. His unified philosophy of art, defined in terms of its evolving functions, is used to explain and to justify current interpretive practices and to motivate an investigation of artistic value.

Stecker defines art (roughly) as an item that is an artwork at time t if and only if it is in one of the central art forms at t and is intended to fulfill a function art has at t, or it is an artifact that achieves excellence in fulfilling such a function. Further, he sees the standard of acceptability for interpretations of artworks to be relative to their aim. Finally, he tries to understand the value of artworks through an analysis of literature and the identification of the most important functions of literary works.

In addition to offering original answers to major questions of aesthetics, Artworks covers most of the major issues in contemporary analytic aesthetics and discusses many major, as well as many minor, figures who have written about these issues, including Stanley Fish, Joseph Margolis, Richard Rorty, and Richard Shusterman.

“His book makes a valuable contribution to the ongoing debates and one can only admire Stecker’s mastery of so many subtle points and arguments.”—Stein Haugom Olsen, Philosophical Review

“Artworks offers a thorough, balanced, and incisive account of the important positions on this issue and makes an interesting and persuasive case for a position that is intuitively attractive.”—Anita Silvers, San Francisco University

Robert Stecker is Professor of Philosophy at Central Michigan University.