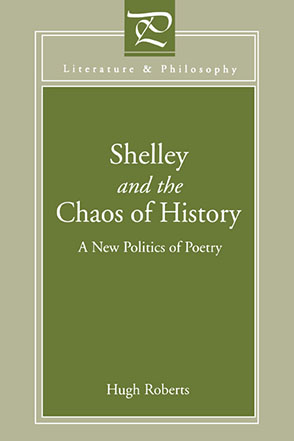 Roberts then deploys some of the key concepts from the new science of chaos theory to illuminate the wider implications of Shelley's approach. He shows how with the help of this new paradigm much that has seemed baffling about the poet falls into place—most notably a new understanding of political process that allows us to better comprehend Shelley's claim that "poets are the unacknowledged legislators of the world."

Readings of a number of Shelley's poems and prose works demonstrate the wide-ranging implications of this approach for our understanding of his entire oeuvre. Shelley and the Chaos of History presents a Shelley whose investigations into the nature of history and the role of poetry lead us beyond contemporary deconstructionist-historicist debates. It shows that the complexity of Shelley's engagement with the major philosophical issues of his time has been greatly underestimated.

Hugh Roberts received his doctorate degree from McGill University and has published essays in numerous journals, including The Keats-Shelley Journal and Studies in Romanticism.