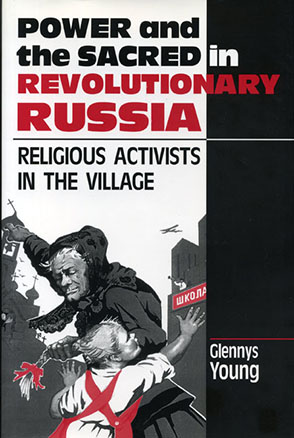 “Young has written a crucial and seminal book that will, I hope, spur a new wave of religious identity and politics in the former Soviet Union.”—Richard L. Hernandez,

After the 1917 Revolution in Russia, the Bosheviks launched a massive assault on religion. Although we know a great deal about how the Bolsheviks went about doing this—propaganda, persecution of clergy and laity, seizing church property—scholars have not devoted much attention to the other side of the story: the people who were being persecuted and how they responded to their persecutors.

Glennys Young shows how ordinary Russian peasants devised ways of asserting their religious faith during the difficult period of New Economic Policy, 1921–28, when the Party-state was ideologically obsessed with eradicating religion. Faced with persecution, torture, and the creation of antireligious organizations such as the League of the Godless, Orthodox clergy and laity organized themselves against the Bolsheviks. They revived factional politics, even using the village soviets, the intended cornerstone of Soviet power in the countryside, to defend their religious interests. When they achieved some degree of success in their resistance, the Bosheviks were forced to respond and adapt their strategies—a conclusion that scholars have not put forward previously.

Based on extensive research in archives and published sources, Young's book will force historians of Soviet Russia to confront religious issues as central to rural politics. Her work also draws upon cultural anthropology and theories of peasant politics, making it of great interest to any scholars studying the processes of secularization and desacralization in other cultures.

“Young has written a crucial and seminal book that will, I hope, spur a new wave of religious identity and politics in the former Soviet Union.”—Richard L. Hernandez,

“Glennys Young has written a highly innovative and revisionist book that addresses several fundamental questions of twentieth-century Russian history. For too long, religion has been factored out of the study of rural politics. By restoring religion and anti-religion to the center, she has helped to fill a critical blank spot in our historical understanding.”—Mark L. von Hagen, Columbia University

Glennys Young is Assistant Professor of History and International Studies at the University of Washington.