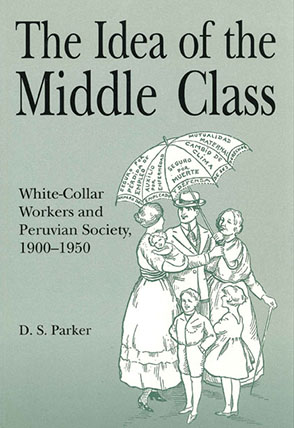 “This brilliant and path-breaking study of white-collar workers in Lima provides a near perfect mix of the material, cultural, and political components of class formation.”—Joel Wolfe, Latin American Research Review

No social class has generated more controversy than the middle class, and nowhere has that class been more controversial than in Latin America. Once believed not to exist, then later the great hope of the Alliance for Progress, the Latin American middle class is often blamed for not fulfilling the entrepreneurial, democratizing, progressive, or stabilizing role that others ascribe to it. Yet never has a class so widely discussed been so little studied and so poorly understood. David Parker meets this challenge by combining the methods of social historians with attention to language and the cultural construction of meaning as he investigates how and why white-collar workers in Peru's offices, banks, and stores began to define themselves as members of a distinct middle class. He traces the origins of this new class identity and shows the lasting impact the employees' drive for preferential treatment had on Peruvian law, politics, and culture.

This book provides a rich description of the lifestyle, values, and attitudes of this rising middle class in their never-ending quest for economic stability, respectability, and recognition in Peruvian society. Through a series of deftly drawn biographical profiles based on a variety of published and archival sources, Parker succeeds in personalizing and bringing alive his protagonists in a way that not only engages the reader but also reveals the importance of personal agency often lost in theoretically and ideologically driven studies of class.

“This brilliant and path-breaking study of white-collar workers in Lima provides a near perfect mix of the material, cultural, and political components of class formation.”—Joel Wolfe, Latin American Research Review

“Through a careful analysis of how this ‘invention of the early twentieth century’ became an integral part of Peruvian culture, there is no doubt that D. S. Parker’s The Idea of Middle Class will be highly valued for its intelligent and well-documented perspective on the question of social class.”—Andrew G. Wood, Canadian Journal of History

Gender and Welfare in Mexico

The Consolidation of a Postrevolutionary State