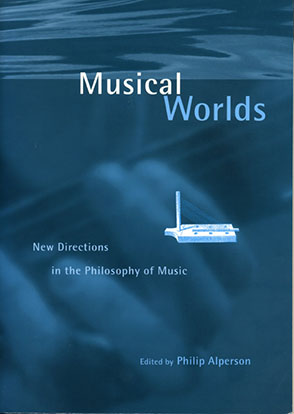 The topics covered include musical representation, the expression of feeling in music, the metaphysics of operatic speech and song, musical understanding, musical composition, feminist music theory, music and politics, music and racial identity, music in non-Western cultures, and the ontological implications of recording technology for rock music. The approaches used are philosophical, historical, social and political, feminist, and ethnomusicological.

The book includes discussions of a great many styles and historical periods of music, from ancient Greek music and music theory to instrumental and operatic music in the Western classical tradition, Persian music, music of the Blackfoot Indians, rock and the blues, and the avant-garde compositions and performances of John Cage.

Philip A. Alperson is Professor of Philosophy at the University of Louisville and editor of The Journal of Aesthetics and Art Criticism.