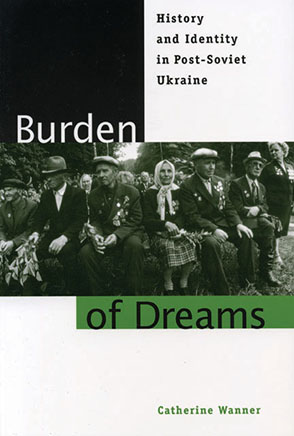 Focusing on schools, festivals, commemorative ceremonies, and monuments, Catherine Wanner shows how Soviet-created narratives have been recast to reflect a post-Soviet Ukrainocentric perspective. In the process, we see how new histories are understood and acted upon. This reveals regional cleavages and the resilience of cultural differences produced by the Soviet regime. For some people, the system they criticized yesterday is the one they long for today.

The struggle to remember or to forget is particularly intense in post-Soviet societies. Burden of Dreams is especially valuable for showing us the monumental task facing a Ukrainian state that is seeking to craft cultural solidarity after years of Soviet rule.

Catherine Wanner is a Lecturer in Anthropology and Political Science at Penn State University.