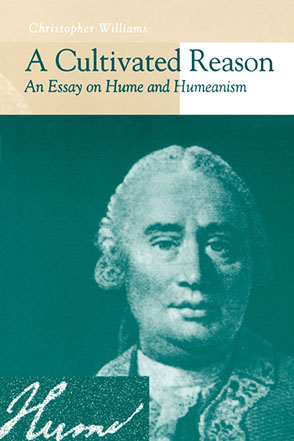 The book begins by developing Hume’s critique of rationalism, with reference especially to the section of the Treatise that deals with the continuing existence of bodies (an argument that subverts intellectualist criteria by attempting to satisfy them) and to his neglected essay “The Sceptic” where Hume reveals the importance of our embodiment through a comic portrayal of philosophers’ efforts to “correct our sentiments.” Then it moves on to ward off charges of irrationalism by showing that, although our powers of self-correction are more limited than the rationalist thinks they are, a Humean position is able both to sustain a commitment to reflection and to sensitize us to a version of irrationalism, manifest in monotheistic theologies, that is otherwise difficult to detect. The book concludes, more speculatively, with a comparison of persons to artworks in order to show how our aesthetic dimension is the source of some of the normative work previously assigned to rationalist reason.

Ranging as it does across subfields from epistemology and history of philosophy to ethics and aesthetics, A Cultivated Reason should appeal to a wide audience of philosophers and to scholars in other fields as well.

Christopher Williams is Assistant Professor of Philosophy at the University of Nevada, Reno.