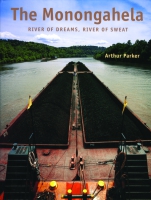 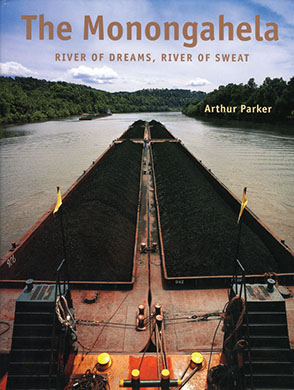 It is a river that has seen many phases of human use. Given its present-day spelling by George Washington, the Monongahela became the "river of dreams" for pioneers who trekked over the Allegheny Mountains, some staying to settle and start trading businesses, others moving on to migrate farther west. Beginning in the 1790s the river became home to a major shipbuilding industry, which turned out everything from flatboats to steamboats. Brownsville, one of the centers of this industry, produced the first steamboat to make a full round-trip on the Mississippi River—the same boat that General Andrew Jackson commandeered in New Orleans to help defeat the British.

Other industries began to develop along with shipbuilding. Albert Gallatin opened a glass factory at New Geneva. Millsboro had a gristmill, a sawmill, and an ironworks. The growing need for coal as fuel, first in home heating and then in industry, spurred the building of locks and dams to make the river more navigable for towing and also gave rise to more urban development in the Mon Valley. After the Civil War the making of steel began, and Andrew Carnegie built his first steel mill in Braddock in 1872. He later acquired facilities in other towns, such as Homestead (where the bloody strike occurred in 1892), to create a thirty-seven-mile continuous plant tied together by the river, making the Monongahela the Ruhr of the United States—a true "river of sweat." Towboats and their crews played an important role in this development.

In the 1980s, when the steel belt became the "rust belt," towns in the Mon Valley went into decline, entering yet another period of transition to an economic future still uncertain but buoyed by signs of new development, with industrial parks opening and recreational use of the river growing.

All this fascinating history is told here as the author, with camera in hand, takes a ride in a towboat along the Monongahela to experience life as it is still lived daily by those who work and play on the river. His anecdotes and interviews, along with a full panoply of illustrations new and old, help enliven the tale the river has to tell, for those who want to remember its rich past and those who will have their lives affected by it in the future.

Arthur Parker, born in Pittsburgh and now living in retirement in Elizabeth Township, Pennsylvania, was Executive Vice President of the Waterways Association of Pittsburgh from 1971 to 1993 and also served from 1959 to 1988 as Executive Director of the Mon Yough Chamber of Commerce, which then represented forty communities in the Mon Valley area. 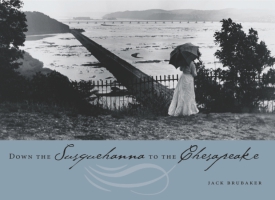 Down the Susquehanna to the Chesapeake