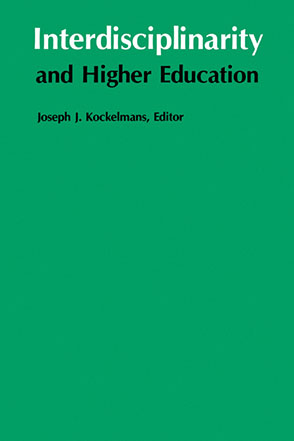 Yet interdisciplinarity has a fundamental historical sanction: disciplinary domains are not immutable but rather are constantly evolving through fission and fusion. (Examples of fission are the division of medieval grammar and rhetoric into modern lingustic and literary studies, or of 19th-century biology into today's life sciences. Fusion is exemplified in a range of fields from astrophysics through biochemistry to psycholinguists and social psychology.)

A general perspective on the continuing debate about interdisciplinary is presented in the first four chapters, followed by six chapters on specific problems and prospects. The introduction reviews well-founded as well as misdirected objections to interdisciplinarity, contrasting "natural" interactions as in geophysics (arising from intrinsic developments) with "artificial" ones as in general education courses (arising from curriculum design) —but holding that the latter can be as legitimate as the former if responsive to genuine educational needs.

Chapters 1 to 4 give the historical and philosophical background of interdisciplinarity from Plato's Academy to the Center for Educational Research and Innovation. Chapters 5 to 7 consider specific challenges in the respective domains of natural science, social science, and the humanities—cautioning against incompetent borrowings of paradigms. Chapters 8 and 9 treat the methodological, institutional, and personal problems arising from boundary-crossing. Chapter 10 critically analyzes three cases of interdisciplinary innovation in the United States and gives summary descriptions of programs in a dozen countries.

Joseph J. Kockelmans is Director of the Interdisciplinary Graduate Program in the Humanities and Professor of Philosophy at The Pennsylvania State University. He is the author of fifteen books in Dutch and English, particularly in the fields of phenomenology and the philosophy of science, and his Time and Space won a Gold Medal from Teyler's Tweede Genootschap in the Netherlands. After receiving his PhD in philosophy in Rome, Dr. Kockelmans did postdoctoral work in mathematics (Venlo), physics (Leyden), and philosophy (Louvain).