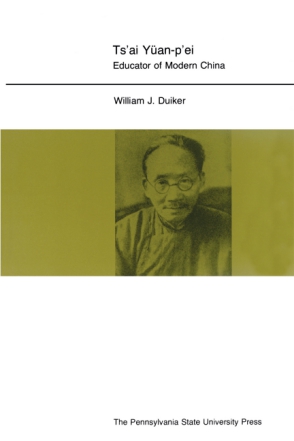 Ts'ai (1868–1940), as first Minister of Education under the 1912 republic, helped to formulate educational policies during an important stage of transition in modern China. Later, as chancellor of Peking University, he was a central figure in the tumultuous events of the May Fourth period. Having been educated traditionally to the doctoral (chin shih) level before studying at a European university, Ts'ai attempted to synthesize the humanist side of the Confucian tradition with the libertarian elements in Western culture. Ts'ai's synthesis was unique but ultimately unsuccessful.

William J. Duiker is the author of The Rise of Nationalism in Vietnam, 1900–1941 (1976) and The Comintern and Vietnamese Communism (1975). A former foreign service officer in Taiwan and Vietnam, he took his PhD in Far Eastern History at Georgetown, and now teaches History at Penn State.