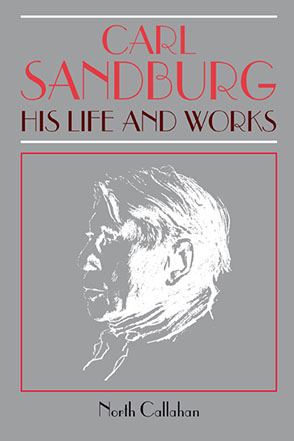 Callahan has interviewed many friends and former associates of Sandburg including Allen Nevins, Harry Hansen C. D. Batchelor, Douglas Southall Freeman, and Ralph McCall; he had the close cooperation of the Sandburg family, especially that of the poet's widow. Literary scholars will be concerned with Sandburg's poetry, his novel, and children's books; historians, with his great biography of Abraham Lincoln.

Because of Callahan's association with Sandburg over many years, a personal sense of Sandburg's presence pervades this book. We see in full the influences that shaped Sandburg: the reading, the poverty, and the social conditions of his early life and his impact on his generation.

This book is a vivid description and celebration of Sandburg's life, much more comprehensive and detailed than any previous such account. It is rich and full of striking factual information and revealing and highly entertaining anecdotes.