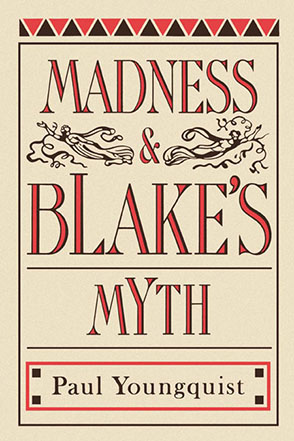 In Madness and Blake's Myth, Paul Youngquist argues that, in its thematic content and dramatic method, Blake's myth is about madness. From the early lyrics to the late epic-prophecies, Blake repeatedly dramatizes the dissociation of a unified mind in a manner that comes increasingly to resemble the major symptoms of mental illness.

Drawing upon recent clinical and philosophical inquiries, Youngquist shows how Blake makes poetry out of mental suffering; madness comes to operate in his myth as a metaphor for the Fall. For all its literary sophistication, however, Blake's mythology serves specific psychological needs, acquiring a therapeutic function for Blake personally as a defense against the madness it dramatizes.

Madness and Blake's Myth is a challenging reexamination of both a sophisticated literary achievement and the mind that conceived it.

Paul Youngquist is Assistant Professor of English at The Pennsylvania University.