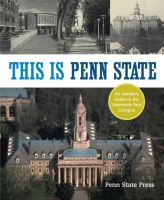 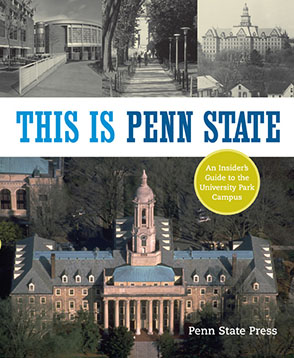 This Is Penn State documents the rich history beneath the surface of the Penn State experience, offering facts and figures, essays and anecdotes, obscure trivia, notable quotations, and a wealth of other information about Penn State’s past, present, and future. Forty of the University’s most prominent buildings and areas are highlighted, accompanied by more than 120 illustrations, ranging from historical photographs to architectural sketches of buildings not yet completed.

Essays by veteran Penn Staters Leon Stout, Craig Zabel, and Gabriel Welsch cover Penn State’s history, architecture, and changing physical landscape. And when you want to get outside and see the campus firsthand, This Is Penn State is your guidebook to University Park. The four detailed maps take you on a west-to-east walking tour of Penn State’s buildings, allowing you to understand the development of each area of campus.

Over the last 150 years, Penn State has been devoted to scholarship, research, and community service. In honor of the University’s sesquicentennial and in celebration of the Press’s fiftieth anniversary, the Penn State Press is proud to offer This Is Penn State as its gift to everyone who feels a connection with “dear old State.”

A Historical Reflection on the Architecture of Penn State

What Endures: The Landscape at University Park

I’ll admit, when Penn State Press asked me to write the foreword for this book, I had mixed feelings. Sure, I’m qualified for the job: I was born in 1855, the same year Penn State was founded, and in the three decades I worked for the school, I did everything from hauling the limestone used to build the first Old Main to acting as Penn State’s mascot (long before anybody had ever heard of a Nittany Lion—whatever that is). Yes, on the one hand, I seemed like the perfect choice. But on the other hand, I’ve been dead for 112 years. Which was, well, kind of a strike against. Nowadays, I’m nothing but some bones held together by metal pins. I spend all of my time in a glass display case. And even when I was alive . . . I was a mule. Why would I write a foreword? Still, they kept asking. “Help us out, Old Coaly,” they said. “No,” I said. “Please?” they said. “Quit getting your fingerprints all over my display case,” I said. “Why don’t you go annoy Coach Paterno for a while?” I added.

But the folks at the Press kept at it, and when people are that insistent, it’s hard to just walk away. (Especially when you don’t have any muscle tissue or tendons to move your leg bones.) So I finally broke down and read the book. And believe it or not, it’s actually pretty good. It certainly doesn’t address every single location on campus—try to find even one reference to Watts Hall, a building so important that I was once stored in a closet there. And what about the Horse Barn? They totally left it off the map! But then again, I guess this book isn’t supposed to be comprehensive. It’s a guidebook that focuses on a few highlights of the University Park campus—past, present, and future. (At least that’s what they told me. “Then where’s the Salvage Warehouse?” I said.)

The volume in your hands is a valuable contribution to the growing body of Penn State Insider’s Guide literature. And I know a thing or two about value: in 1863, the Farmers’ High School bought me for $198. Adjusting for inflation, that’s somewhere around $3,000, or roughly the cost of an intro-level speech-com textbook. Seriously, what’s that paper made of, recycled diamonds? How much could it possibly cost to reprint that “Checkers” speech again? Anyway, sorry—what was I talking about?

Buy this book and enjoy it. It’s useful, informative, and entertaining. I guarantee that there’s no other book currently available that will show you the location of Old Botany, teach you the history of the Burrowes Fraternities, and finally reveal all the gritty details of what went on inside that box of mystery, the Calorimeter. (I know, but I’m not telling. Buy the book if you want to find out. I don’t get royalties if you don’t spend money. And if you think mule-skeleton polish is cheap, think again.)

P.S. I think I accidentally left a saddlebag in Main Engineering a while back. Would you mind taking a look around for it?

As the University’s sesquicentennial approached, the staff at Penn State Press (proud alumni among us) felt inspiration strike. Why not publish a book in honor of the University—our birthday gift to Penn State for 2005?

We weighed options. Some of us suggested an almanac or an updated history of the University. Others preferred a richly illustrated volume that would put Penn Staters’ coffee tables to good use. But ultimately we decided that a practical guidebook to the University Park campus, one replete with photos and historical anecdotes, would not only recognize the University’s history but also offer a tour of the campus to new generations of the Penn State family.

We knew that the campus architecture would tell a compelling story about the University’s growth. But we hoped for more than that. Our guide would certainly offer a tour of notable buildings, but we also wanted it to spotlight some of the milestones of the University’s first 150 years and to relate personal stories from alumni and others who make Penn State a living institution.

With invaluable guidance from Penn State librarian Leon J. Stout, we narrowed down our list of noteworthy buildings—a difficult task, of course, because every building has a story worth telling. We invited alumni to share their recollections of Penn State with us. And we began our research in earnest, poring over documents and photographs in the University Archives, marveling over changes to the campus and little-known pieces of the Penn State story.

Who could have imagined that the entire population—students, faculty, and administrators—of the Farmers’ High School, as Penn State was known in 1855, originally lived, studied, ate, and slept in one building? That the new Information Sciences and Technology Building was modeled after a fourteenth-century Italian bridge? That the Pavilion Theatre was designed for judging livestock? That Old Coaly, a hardworking mule from the earliest days of the school, was so popular that the students embraced him as their informal mascot—long before the Nittany Lion? And who could have guessed that the innumerable brazen squirrels on campus could be traced back to just four pairs of furry rodents?

These and other fascinating discoveries await you in our “insider’s guide” to Penn State. Enjoy your tour of the University Park campus. We hope that you will return again and again! 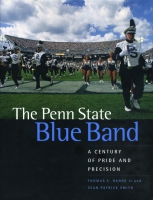 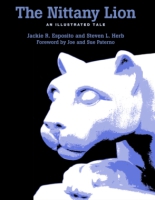 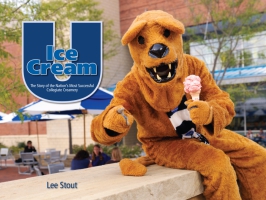 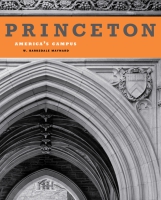