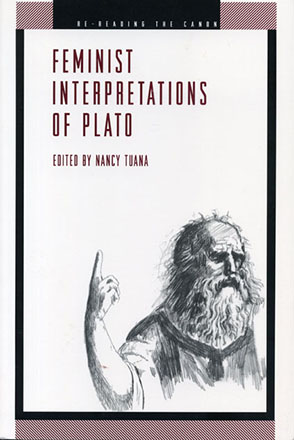 Tuana introduces both sections and a detailed bibliography is included.

Nancy Tuana is Professor of Philosophy at the University of Oregon and author of several books, including most recently The Less Noble Sex: Scientific, Religious, and Philosophical Conceptions of Woman's Nature (Indiana, 1993).

Part I Plato on Women

4. Arlene W. Saxonhouse/The Philosopher and the Female in the Political Thought of Plato

Part II Plato and the Feminine

11. Cynthia Hampton/Overcoming Dualism: The Importance of the Intermediate in Plato's Philebus

12. Nancy Tuana and William Cowling/The Presence and Absence of the Feminine in Plato's Philosophy