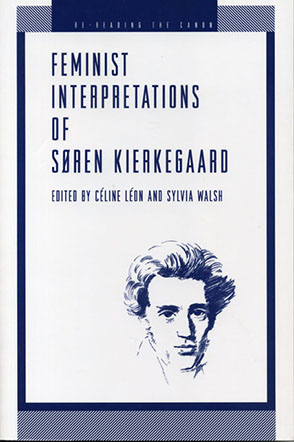 A major question probed in the volume is whether Kierkegaard's writings are misogynist, ambivalent, or essentialist in their views of women and the feminine or whether, in some important and vital ways, they are liberatory and empowering for feminists and women trying to free themselves from the maze of patriarchal constructs.

The essays also show how the three existence-spheres—aesthetic, ethical, and religious—articulated in Kierkegaard's authorship inscribe different modalities of the sexual relation: seduction for the aesthetic, marriage for the ethical, and absence from commerce with the other sex for the religious.

Céline Léon is Professor of French and Humanities at Grove City College. Her publications include articles on Simone de Beauvoir and contemporary French feminism.

Sylvia Walsh, who has taught at Clark Atlanta University and Stetson University, is the author of Living Poetically: Kierkegaard's Existential Aesthetics (Penn State, 1994).