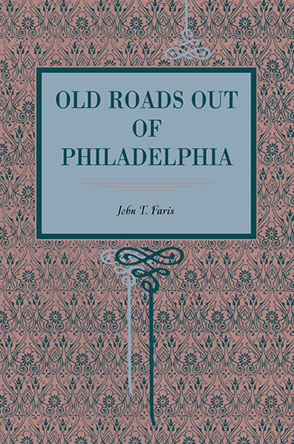 Illustrated with photos of these landmarks, many of which have since been torn down, this book presents a snapshot of the days when stages ruled the roads, as well as of how these highways looked in 1917, during the early days of the automobile. For contemporary readers, the book was meant as a companion for auto and trolley touring on the original roads. While most of these historic roadways have been replaced as the major thoroughfares out of Philadelphia, they still exist as secondary and back roads, primarily following their original routes.

John T. Faris (1871–1949) was the author of numerous books on travel and history during the first few decades of the twentieth century, including Seeing Pennsylvania, Seeing the Eastern States, Seeing the Sunny South, and On the Trail of the Pioneers.

The Wayside Inns on the Lancaster Roadside Between Philadelphia and Lancaster