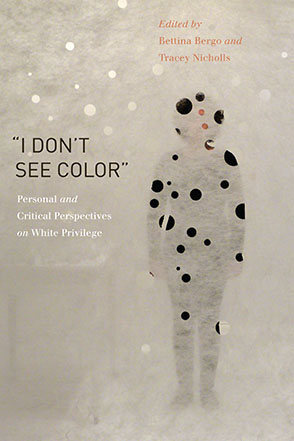 “Post-racial? Think again. This compelling collection of essays cogently explains, with words from the heart, why the aspiration differs from the present American reality. White privilege remains at the center of the enigma, illuminated by the works in this timely and thought-provoking volume.”—Stephanie M. Wildman, Santa Clara University School of Law

Who is white, and why should we care? There was a time when the immigrants of New York City’s Lower East Side—the Irish, the Poles, the Italians, the Russian Jews—were not white, but now “they” are. There was a time when the French-speaking working classes of Quebec were told to “speak white,” that is, to speak English. Whiteness is an allegorical category before it is demographic.

This volume gathers together some of the most influential scholars of privilege and marginalization in philosophy, sociology, economics, psychology, literature, and history to examine the idea of whiteness. Drawing from their diverse racial backgrounds and national origins, these scholars weave their theoretical insights into essays critically informed by personal narrative. This approach, known as “braided narrative,” animates the work of award-winning author Eula Biss. Moved by Biss’s fresh and incisive analysis, the editors have assembled some of the most creative voices in this dialogue, coming together across the disciplines.

“Post-racial? Think again. This compelling collection of essays cogently explains, with words from the heart, why the aspiration differs from the present American reality. White privilege remains at the center of the enigma, illuminated by the works in this timely and thought-provoking volume.”—Stephanie M. Wildman, Santa Clara University School of Law

“This very contemporary examination of white privilege by distinguished contributors in philosophy, literature, sociology, psychology, and political science ranges from ‘braided’ personal and intellectual narratives to incisive postcolonial political and economic analyses. Bergo and Nicholls’s ‘I Don’t See Color’ is an important multidisciplinary resource for reflection on white privilege and for critical extensions of whiteness studies.”—Naomi Zack, University of Oregon

“Contemporary conversations on white privilege and white supremacy are far from finished. This exciting new collection brings together some of the most recognized voices in critical whiteness studies with newly emerging ones. It offers readers a refreshingly creative transdisciplinary and multistylistic approach that is attentive to the lived experiences of each of the authors. Bettina Bergo and Tracey Nicholls’s imaginative volume is sure to influence future discussions of this important topic.”—Alison Bailey, Illinois State University

“I find ‘I Don’t See Color’ an inspiring and helpful addition to the critical white studies literature. The ‘braided narrative’ approach is compelling, and the broad mix of disciplinary perspectives means that there almost certainly will be one or more that are unfamiliar to the reader and thus a potential source of fresh new insights into white privilege. The introduction itself is a significant contribution to the work of theorizing white privilege. I recommend this book enthusiastically.”—Barbara Flagg, Washington University

Bettina Bergo is Associate Professor of Philosophy at the Université de Montréal.

Tracey Nicholls is Associate Professor of Philosophy at Lewis University.

Part I. What is White Privilege?

Part II. The Images and Rhetoric of White Privilege

Chapter 6: I Was an Honorary White Man: Reflections on Space, Place, and Origin, Mark McMorris

Chapter 7: Whiteness as Insidious: On the Embedded and Opaque White Racist Self, George Yancy

Chapter 9: The Costs of Privilege and Dividends of Privilege Awareness: The Social Psychology of Confronting Inequality, Tracie L. Stewart and Nyla R. Branscombe

Part IV. Other Perspectives on White and Western Privilege

Chapter 14: The Afrocentrist Critique of Eurocentrism: The Decolonization of Knowledge, Ernest-Marie Mbonda

Notes of a White Black Woman