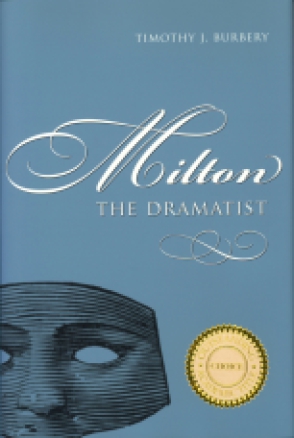 The study then examines Milton as a practitioner of drama by analyzing Arcades and the Ludlow masque. Having mastered the conventions of masque in the former work, Milton stretched himself in Comus by composing a work that was far more playlike than any court masque. It is possible that his success with these dramas encouraged Milton to regard himself as a budding dramatist in the 1630s, for late in that decade he began sketching out ideas for tragedies on biblical subjects including the Fall, Sodom, and Abraham and Isaac. This material, found in the Trinity Manuscript, shows him working through practical problems of staging and presentation, and sets the foundation for Paradise Lost and Samson Agonistes. While Samson was never intended for the stage, it nonetheless embeds numerous stage directions in its dialogue, including information about the characters’ appearances, gestures, and blocking. Awareness of these cues sheds light on some of the current critical debates, including the terrorist reading of the tragedy and Dalila’s role. Burbery surveys the surprisingly extensive stage history of Samson, a history that tends to confirm its theatrical viability. Milton the Dramatist emphasizes Milton’s dramatic achievements and thus restores a more equitable balance to our appreciation of his total literary achievement.

Timothy J. Burbery is professor of English at Marshall University.