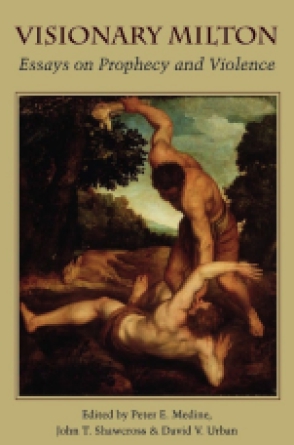 The collection begins with a fresh analysis of the visionary mode of narrative in the early modern period as seen in both biblical and imaginative literature and sets the groundwork for an examination of Milton’s poetry, prose, and biography. The themes of prophecy and violence develop throughout these essays as an overall context in Milton’s life, as an important principle in such works as Paradise Regain’d, and as a mode for an extended analysis of Restoration politics as they figure in Milton’s poetry.

Visionary Milton extends the literary discussion of Milton’s work into a larger geopolitical area. The collection is important not only for those interested in Milton, but also for historians, political scientists, and theologians.

Peter E. Medine is Associate Professor of English at the University of Arizona.

David V. Urban is professor of English at Calvin College in Grand Rapids, Michigan. He is the coeditor of Visionary Milton: Essays on Prophecy and Violence and coauthor of the comprehensive John Milton: An Annotated Bibliography, 1989–1999.