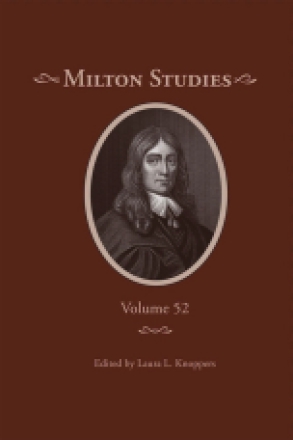 The nine essays in Milton Studies 52 engage some of the most exciting current debates in Milton scholarship on theology, politics and geopolitics, natural philosophy, philosophy, and reading and authorship practices. Contributors offer groundbreaking new work on the young Milton in Cambridge; republicanism in The Readie and Easie Way; Milton’s Satan and the Dutch East Indies; Eve’s fall as parody of the Catholic Eucharist; Satan, Sin, and Death as satire on orthodox Trinitarianism; reading Paradise Lost through a monist hermeneutics; fallen and unfallen time structures in Milton’s epic; the significance of Milton’s lost theological commonplace book for his reading and writing practices; and revisions of Aristotelian tragedy in Samson Agonistes.