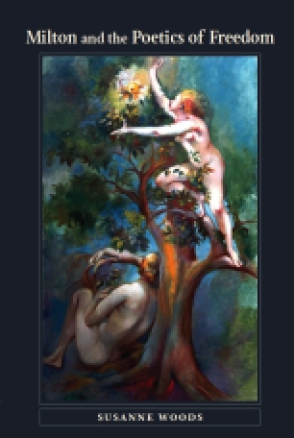 For Milton, we find, freedom is fundamentally about human choice; God gave humankind genuine free will, with reason and the light of conscience to enable choice. True freedom comes from who one is, formed and asserted by the choices one makes. This is true for the reader as well as for the author, Milton believed, and the result is what Woods terms an invitational poetics. By locating freedom in thoughtful choice, in other words, Milton must offer his reader opportunities to consider alternatives, even to his own well-argued positions.

In six chapters, Woods examines these invitational poetics on several levels: as they develop in Milton’s prose and early poetry, in theory as well as practice; as they are expressed within prose sentences and lines of poetry through choices of diction and syntax; and as they inform character, plot, and genre. Chapter 1 connects Milton’s most famous statement about his ongoing interest in liberty with debates that preceded him. Chapter 2 shows Milton’s Elizabethan predecessors grappling with the possibilities and limits of poetic indirection; Philip Sidney, in particular, provides an underappreciated rhetorical and theoretical foundation on which Milton’s invitational poetics could build. These background chapters allow us to see Milton’s evolution toward a poetics of choice, followed by their confident manifestation in the great poems. Later chapters consider Paradise Lost as Milton’s grand disquisition on knowledge, choice, and freedom; and Paradise Regained and Samson Agonistes in relation to the ambiguities of choice and vocation. Finally, Milton is situated in relation to the most influential seventeenth century political thinkers, Thomas Hobbes and John Locke, and Woods examines the influence of Areopagitica on political culture since Milton’s time, placing Milton’s ideas in a tradition that leads to modern contestations of freedom.

Susanne Woods is provost and professor of English emerita at Wheaton College (Massachusetts) and visiting scholar at the University of Miami. She also serves as a senior advisor to the Council of Independent Colleges. She has chaired three Modern Language Association divisions, served on the Executive Committee of the Milton Society of America, and served as chair of the Northeast Milton Seminar. She received the Inaugural Award for Special Achievement from the Society for the Study of Early Modern Women for her founding of the Brown University Women Writers Project. In addition to three other books, Woods has published over 40 articles on Renaissance poetry and poetics.